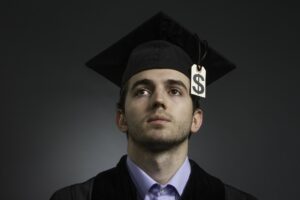 With interest rates on the rise, while federal loans benefit from continued forbearance, many are contemplating the best time to refinance. Early April saw yet another extension of the federal forbearance period. Loans are now set to enter payment status on September 1st, with many speculating we will experience another extension that pushes out payments until the end of the year. With so much uncertainty in today’s environment, it’s hard to know what to do. See below for a few things to consider regarding your federal student loans in 2022.

Hold on to federal student loans for now

When the COVID pandemic initially began, many Americans’ cash flow was greatly affected. One of the ways the government responded was to suspend federal student loan payments (aka forbearance) AND interest accumulation associated with these loans. Therefore, one could pause making payments altogether OR make payments to eliminate all previously accrued interest and ultimately begin tackling the principal balance. The timeframe for this forbearance has been extended multiple times, but as it currently stands, the extension is scheduled to end after August 31st, 2022. However, there is continued talk amongst political circles that they will once again be pushed back until after the 2022 midterm elections on November 8th. President Biden continues to favor some level of federal student loan debt forgiveness.

It should come as no surprise to anyone that interest rates have risen and are projected to continue to do so. The Federal Reserve approved a 0.25 percentage point rate hike on March 16th of this year, the first increase since December 2018, to help combat inflation. Officials have indicated an aggressive path ahead, with increases expected at each of the remaining six meetings in 2022. Despite these anticipated increases, most borrowers holding federal student loans are choosing to maintain those until the forbearance period officially ends.

Student debt cancellation has been on the minds of borrowers since President Biden expressed his intent to forgive $10,000, per federal student loan borrower, while on the campaign trail. At this time, no agreements have been reached and it does not appear that the President has made significant progress on this particular promise.

Pay attention to when the grace period officially expires. At that time, be prepared to refinance with private lenders with the purpose of securing lower interest rates. Work with your financial advisor to determine what terms best suit your specific situation. It’s essential to balance eliminating debt AND saving for retirement at the same time no matter how daunting that seems (compounding matters!). A good financial advisor can help break down what your long-term financial picture might look like based on the decisions you make now.

Of course, if you are seeking PSLF, don’t refinance (and do not make payments during forbearance). Keep your federal loans and know this grace period COUNTS towards your 120 qualifying payments.

Have questions? Don’t hesitate to call. We are passionate about education at no cost to you.

The information being provided is strictly as a courtesy. When you link to any of these web-sites provided herein, Financial Designs, Inc. makes no representation as to the completeness or accuracy of information provided at these sites. Nor is the company liable for any direct or indirect technical or system issues or any consequences arising out of your access to or your use of third-party technologies, sites, information and programs made available through this site.